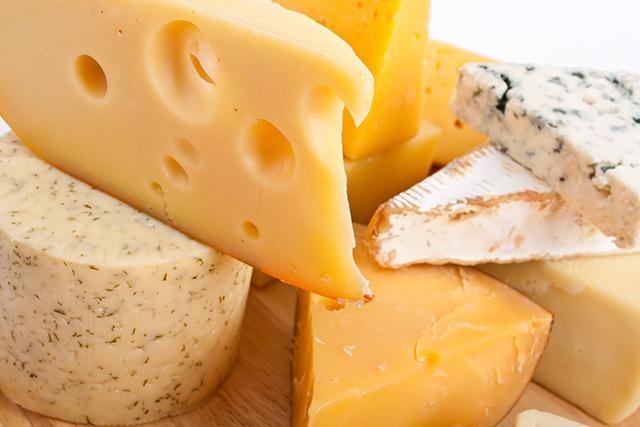 When you think of cheesecake and its list of ingredients, obviously cream cheese is at the top of said list! In North America, the main cheese ingredient in cheesecakes is indeed cream cheese, but there are actually a variety of cheese used to make cheesecakes across the world!


Here are just a few of the different types of cheeses that are used globally to make cheesecake.

Cream Cheese
Cream cheese was developed in the United States in the 1800s. The soft cheese had many variances with many local dairy farmers making this particular style of cheese in Philadelphia, Pennsylvania (sound familiar?). Back in 1873, a dairyman named William A. Lawrence who was based in Chester, NY purchased a Neufchâtel factory. Neufchâtel is a soft cheese that has been made in France for centuries, but Lawrence decided to add extra cream during the process of making Neufchâtel, which made a richer, heavier cheese which he named “cream cheese”.

Most cheesecakes made in the United States and Canada are made with a cream cheese base, giving traditional American cheesecake its rich and creamy texture.

Neufchâtel
Most Americans know Neufchâtel as a lower-fat alternative to cream cheese. However in France, Neufchâtel cheese is a mold-ripened cheese that has been made in Normandy, a region of Franc, and dates back to the 6th century. Neufchâtel is a soft cheese that is creamy and slightly crumbly. French cheesecakes are often made with Neufchâtel cheese, but due to the fact it can be a little crumbly, gelatin is often added as a binding agent to make the cheesecake nice and creamy.

Sour Cream
Okay, okay, sour cream is not a cheese. It is a dairy product made by fermenting cream. Due to its smooth and creamy texture and slight tanginess, sour cream is sometimes added to the cream cheese base of cheesecake to make it thicker and creamier. Other versions of cheesecake may have a strictly cream cheese base and then feature a sweet sour cream topping. The topping may be plain or sometimes may contain ingredients like lemon for extra flavor and tang.

Ricotta
Cheesecake made in Italy is often made with ricotta. Yes, besides being a filling for lasagna and manicotti, ricotta cheese is used to make cheesecake. Here in the United States we sometimes refer to Italian-style cheesecake as ricotta pie. Other variations of Italian cheesecake use mascarpone cheese, a soft Italian cheese which is one of the main ingredients of the traditional Italian dessert, Tiramisu.