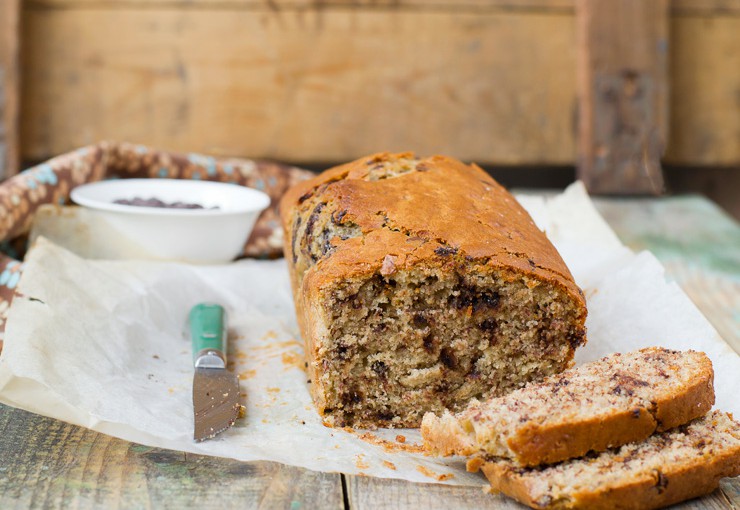 Babka, also known as Kulich, is a type of yeast cake that is traditionally made in Poland around the holidays. While some recipes use raisins or nuts, our version of it uses chocolate to make it even more decadent! Although you can serve it at any time of the year, it’s a most welcomed treat at Christmas.

For the egg wash:

Warm the milk in a small saucepan until a candy thermometer shows the temperature to be 105-115 degrees Fahrenheit.

Stir milk and 2 teaspoons of granulated sugar together in a large mixing bowl using a wooden spoon. Sprinkle the yeast over the milk and sugar and let stand until the mixture starts to foam, which should take about 5 minutes. If mixture doesn’t foam at all, you’ll need to start this process again because it means the yeast will never activate!

Mix in 2 ¾ cups flour in ½ cup increments, beating on low speed until all the flour is added and the dough is well mixed. Cut the butter into small pieces and make sure it is softened to room temperature. If it isn’t, microwave it for 10-20 seconds until it becomes soft. Add the butter to the dough and beat on medium speed until well incorporated. Dough should be pretty sticky at this stage.

Oil a large-sized bowl with vegetable oil or spray it with nonstick cooking spray. Scrape the dough out of the mixing bowl using a rubber spatula and add to the oiled bowl. Cover with plastic wrap or a towel and let the dough rise until doubled, which should take up to 2 hours.

Spray 2 loaf pans with nonstick cooking spray and set aside. Punch down the dough and gently knead in the chocolate chips. Dust the dough with 1 tablespoon of flour as needed. Divide the dough into two equal rounds and shape into loaves. Place in the loaf pans and set aside. Let the dough rise again until doubled, which should take an additional 1 ½ – 2 hours.

Preheat the oven to 350 degrees Fahrenheit. Create an egg wash by combining the egg yolk and milk. Brush the wash over the tops of each loaf and then place the loaves in the center of the oven. Bake until the babkas are cooked all the way through, which should take about 30-40 minutes. They’ll be cooked when a toothpick inserted in the center comes out clean.