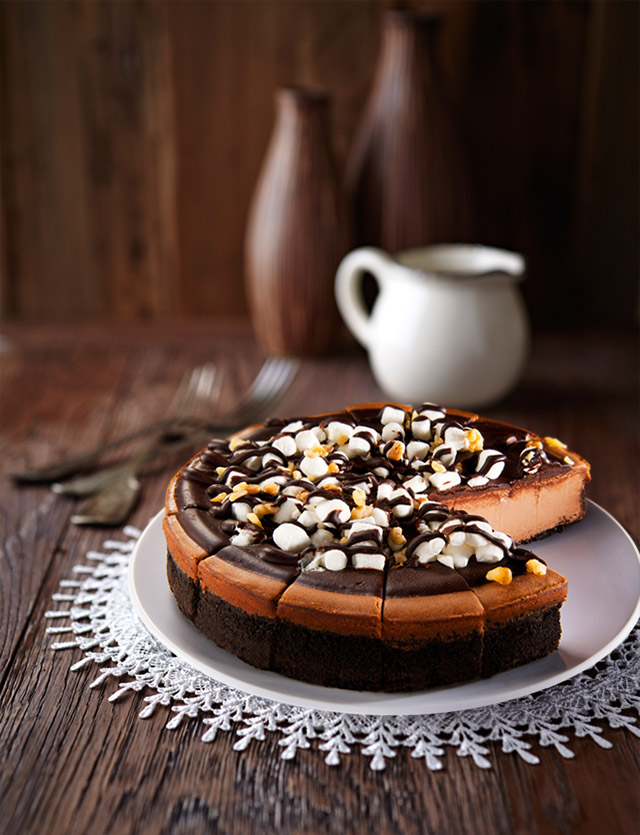 The flavor Rocky Road has had a long history that started in Australia sometime around 1853. After making the long trip from Europe, many candies and sweets were less than desirable. Businessmen thought of ways to sell them: mixing all the ingredients together. This new treat was sold in and around Melbourne as “Rocky Road” due to the tumultuous journey required to transport it.

Across an ocean and some 70 years later, the name appeared again, but this time in a more refreshing form. In 1929, William Dreyer used his wife’s scissors to cut up marshmallows and walnuts, which he then mixed into his chocolate ice cream. Later that year, when the stock market crashed, the name of the flavor became Rocky Road, “to give folks something to smile about.”

Today, the flavor Rocky Road continues to delight and can be enjoyed in any number of desserts, including delicious cheesecake.

For more information on the flavor, take a look at this article and from all of us at the bakery, thank you for visiting!